When the client first came to us, they had only recently purchased the franchise. As part of their agreement, they had use of a logo and some brand guidelines.

Monopoly Buy Sell Rent Chester was basically a blank canvas to be modelled and marketed into successful estate agents. They needed help to market the brand and their region.

The first step was to create a full suite of marketing collateral. The list included a website, banners, business cards, vinyl stickers, leaflets and even a pint glass!

Working within the brand guidelines, we set about enhancing the current logo to fit in with the Chester target market. It needed to stand out from the competition and enhance the set logo.

Having listened to the client needs, they wanted something that kept the brand identity but also appealed to the target market of Chester city and the surrounding areas. We created a local feel by adding the famous Eastgate Clock, which was hand-drawn and added to the background of the website, and the logo set on top. A simple effect that kept the logo untouched, but added a subtle local presence.

Step 2 was to create online brand awareness through social media.

Creating, growing and maintaining a social media presence was vital. We created several social media posts around the service offering of ‘selling the houses quickly’ ‘ cost savings to the vendor’ and geo-targeting the areas covered by the agency.

To create a buzz and a following for the pages, we ran a couple of social media competitions based around the chance to win prizes from around the local area. The selection of prizes included a year’s family pass to Chester Zoo through to tickets to the horse racing at the Chester Racecourse.

The competitions, along with featured property posts and properties of the week, increased the traffic to the specific properties that needed more interest.

The brand awareness increased dramatically, with more people recognising the brand, it ‘for sale and letting boards’, following the pages and the property posts.

Following the success of the B2C campaign, the final step was to introduce the brand to a B2B setting.

Umbrella Marketing advised and sourced local events for the Chester Buy Sell Rent brand to sponsor. These included local awards and festivals. We also researched a variety of networking groups and opportunities for Monopoly to raise awareness and to become the go-to agent.

The events included a popular local food and drink festival. As a sponsor, the brand had PR coverage through local newspapers, banners, radio and leaflets. They also had their logo added to the ‘pint glasses’ in which the local produce was to be served. The event proved to be a huge success, and again the brand awareness increased.

In the same year, we also encouraged Monopoly Buy Sell Rent to enter themselves into a regional business award. The prestigious business awards were hosted by West Cheshire and North Wales Chamber of Commerce. As a startup business, it was felt that its success should be recognised and celebrated by entering the award category for Startup business.

Although a franchise company, they had minimal resources and brand recognition. Together with Monopoly, the team worked hard not only to build the brand (both on and offline) but also, to help reach the overall business portfolio targets. They were winners of the 2019 startup Business of the Year Category.

Later that year, they also came runner up in the customer service awards.

The Monopoly Buy Sell Rent brand in Chester went from an unknown entity to a well-known and recognised brand and a successful business. The interest across every aspect of their business, from rentals to small first-time buyer houses to large, well maintained Georgian houses had vastly improved. In less than two years, the business grew from simply having a simple franchise model to being a competitive, successful property agent. 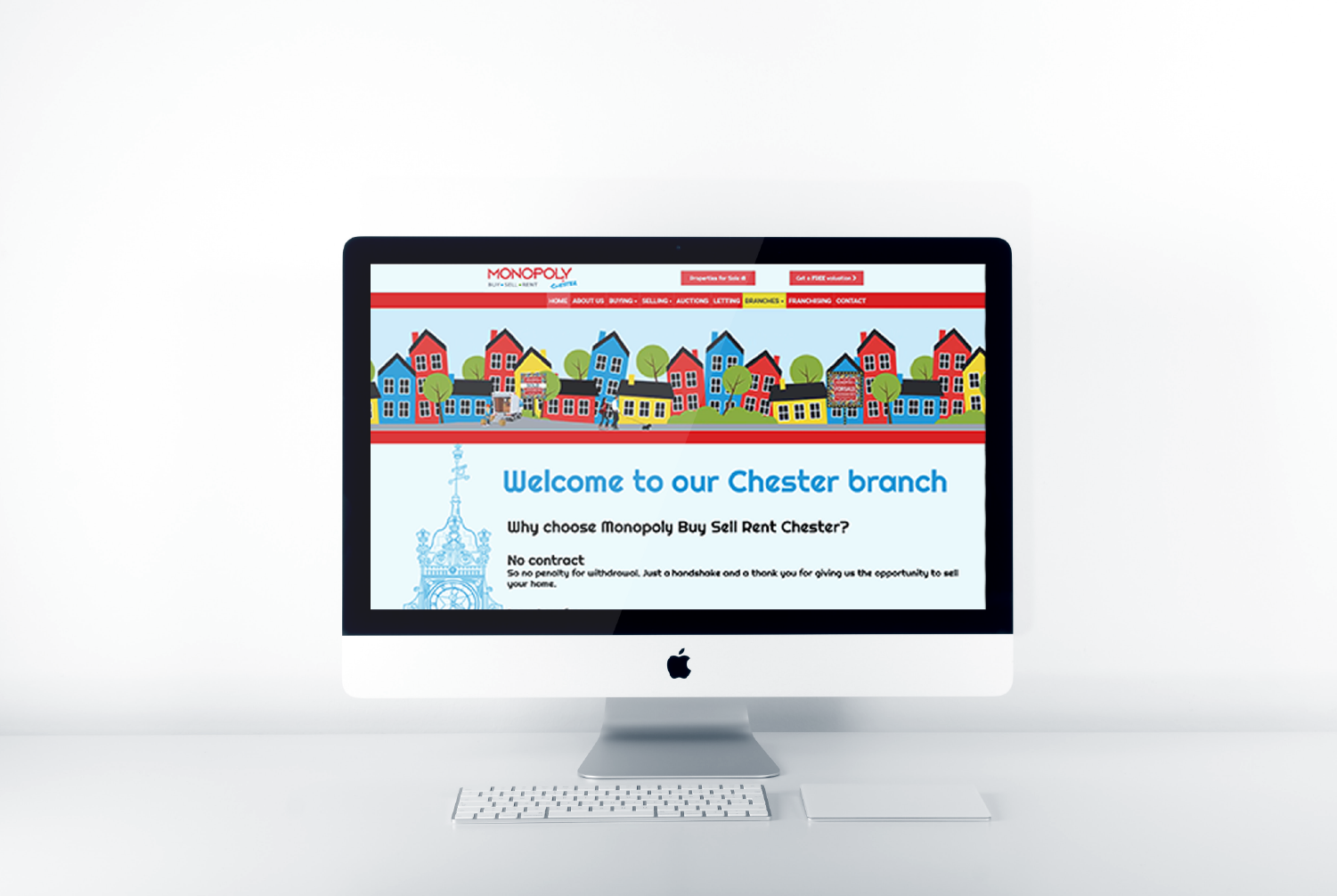 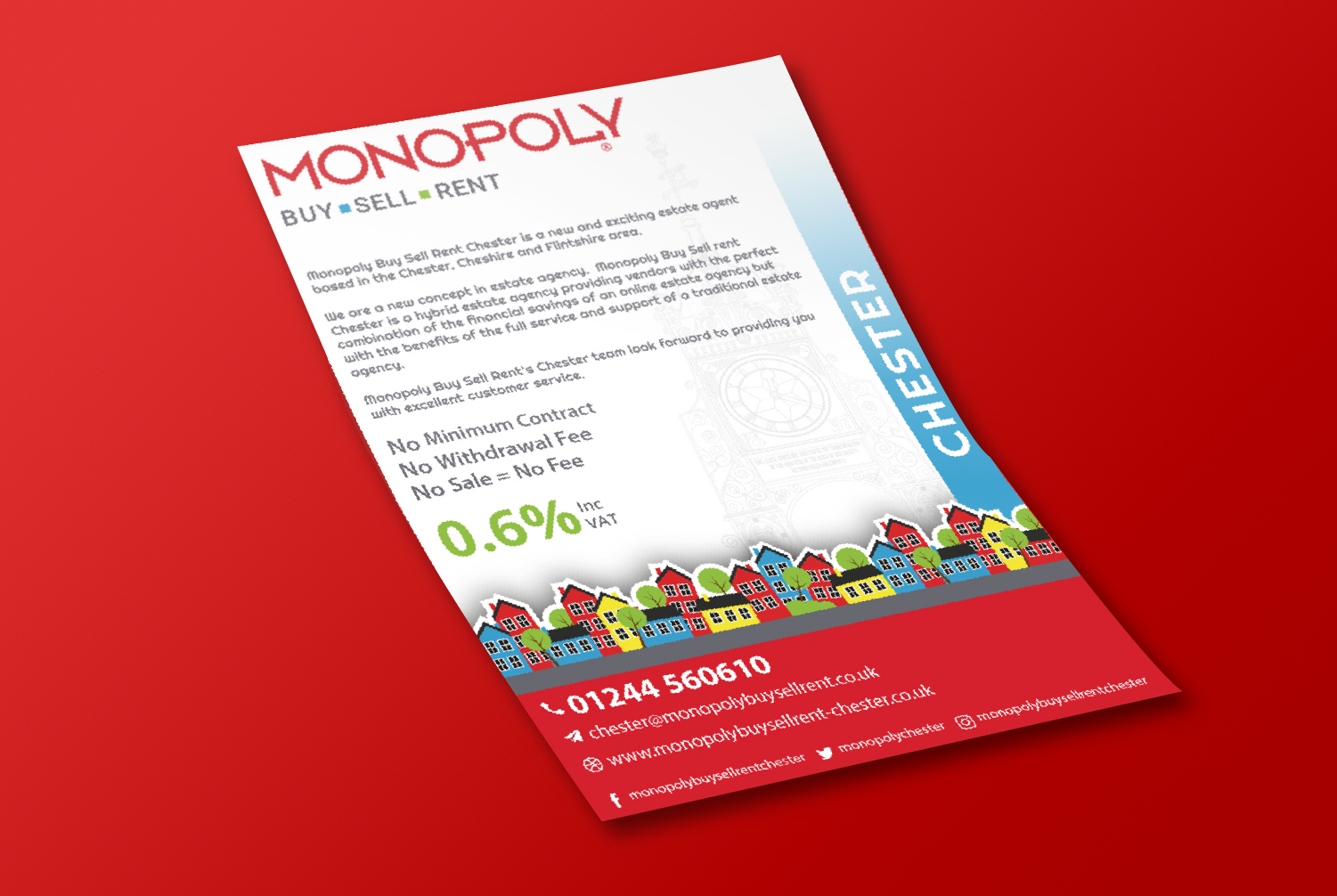 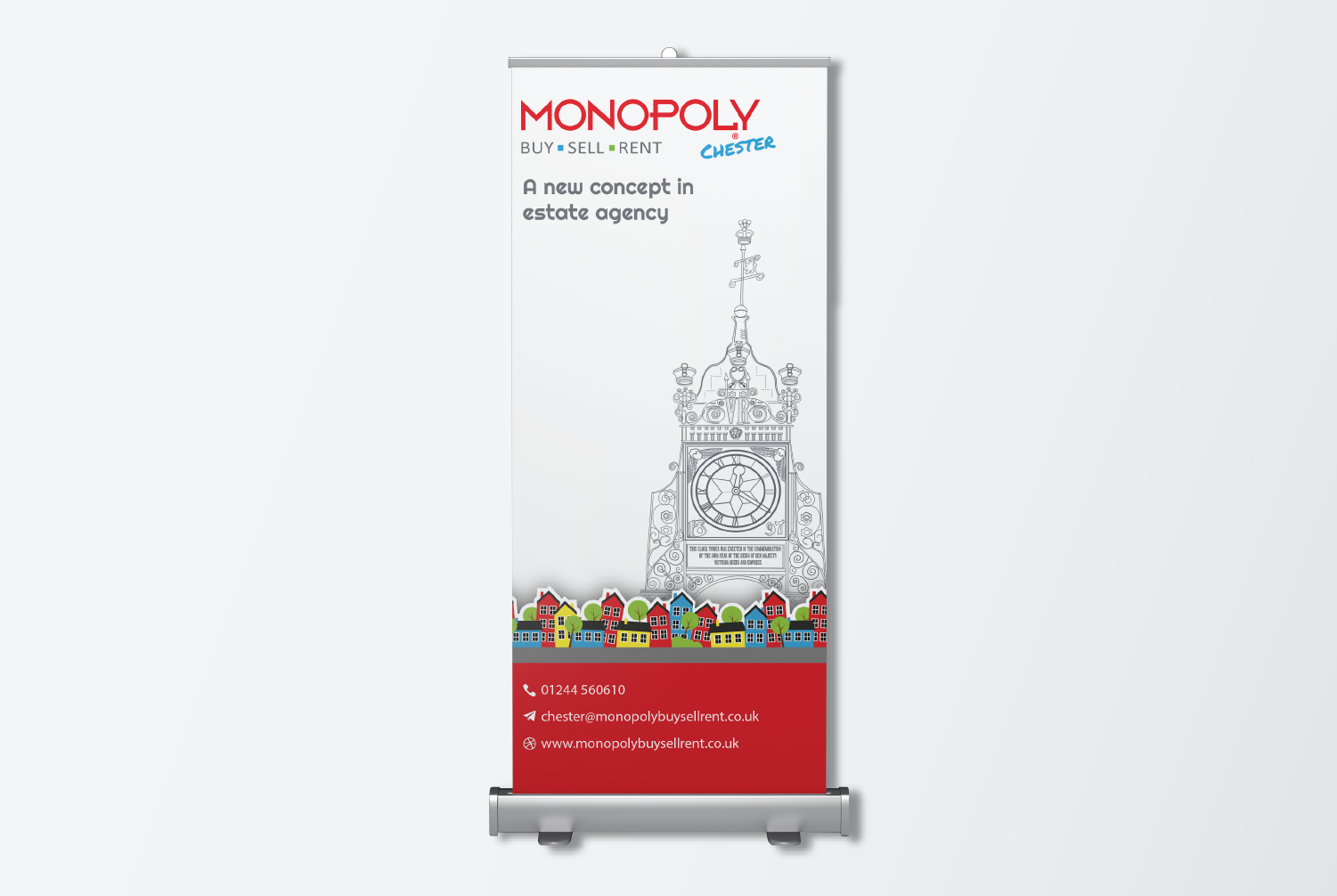 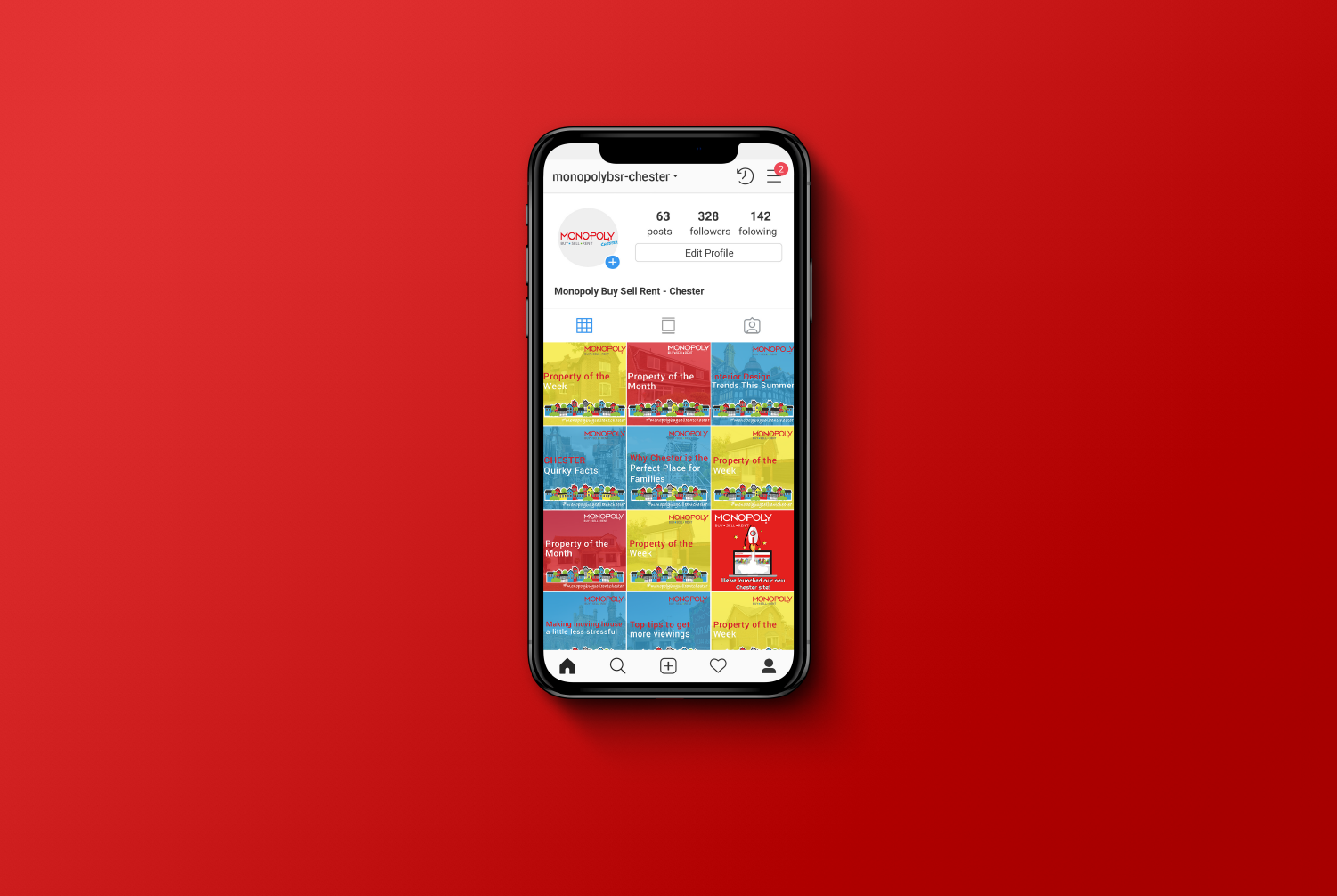 “Umbrella Marketing Team were instrumental in the launch of the Chester franchise for Monopoly Buy Sell Rent. From our first meeting, we were able to map out our vision for a new website, how the social media channels could work in collaboration with this and create a 3-month marketing strategy to follow. The team were always very easy to contact and it was a pleasure to work with the Umbrella Marketing Team.”